Featured on America’s Got Talent, and The National Radio City Tour with the world famous Rockettes, Maren Wade is a singer, TV host and columnist. Her Las Vegas singing credits include Pin Up, 50 Shades! The Parody, Vegas Nocturne, Fantasy, Vegas! The Show, Dancing Queen and Show in the Sky. Maren has toured nationally with the legendary Wayne Newton as well as football legend Terry Bradshaw in his musical production, America’s Favorite Dumb Blonde. She penned the Las Vegas Weekly column, “Confessions of a Showgirl” and can be seen regularly guest hosting The Morning Blend on TV channel 13, ABC. Visit www.MarenWade.com 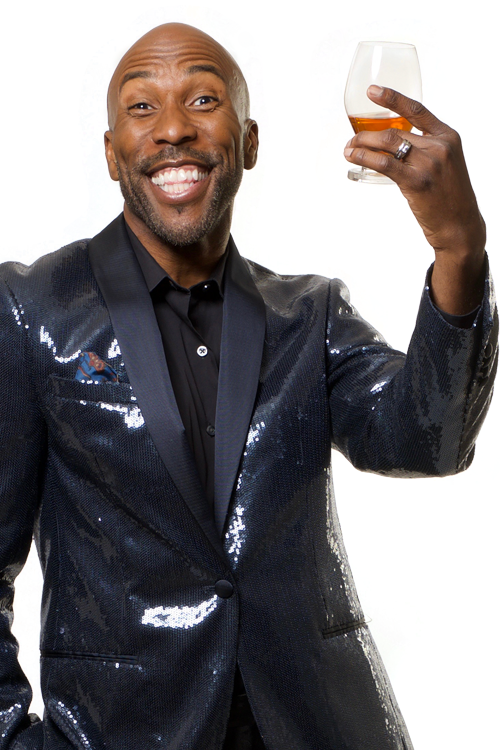 Eric Jordan Young has been called “a one-man force of nature.” He is the proud recipient of the 2011 & 2012 Broadway World Award for Best Performance By a Lead Actor for his work in VEGAS! THE SHOW where he originated the role of “Ernie.” Other Vegas credits include STARLIGHT EXPRESS, SHAKIN’: CLASSIC VEGAS REMIXED WITH A TWIST AND ROCK OF AGES. Eric has appeared on Television (Law & Order: Criminal Intent, Ugly Betty), Broadway (RAGTIME ’09, CHICAGO, SEUSSICAL, LOOK OF LOVE, RAGTIME ’98), Off-Broadway (NYSF, MTC, Second Stage, City Center, Lincoln Center, Kennedy Center) in National Tours and Regional Theatre (Alliance, DCs Signature, Actors Louisville, Hangar, MusicalFare) as well as Concerts, Commercials and Recordings. Behind the scenes, Eric is the Founder and Producer of Enjoy! Productions Group, and is an accomplished Director, Choreographer, Playwright (SAMMY & ME) and Songwriter. He has appeared with several Symphonies throughout the country including the NY Pops at Carnegie Hall. Eric currently serves as Resident Director of BAZ Las Vegas at the Palazzo Resort. Visit www.ericjordanyoung.com

Originally from New Fairfield, CT,  Niki Scalera has performed on Broadway as Penny in “Hairspray,” as Jane in Disney’s “Tarzan” and in Neil Simon’s “Jake’s Women.”  She toured the U.S. as the preacher’s daughter, Ariel, in “Footloose” after receiving her BFA from the Tisch School of the Arts at NYU. She performed in Stephen Sondheim’s “Putting It Together” at South Coast Repertory Theatre in Southern California and collaborated with singer/songwriter/ producer NeYo. Niki has appeared on daytime television dramas Loving, All My Children and Another World and starred in the Emmy-nominated ABC After School Special, “Don’t Touch.”  A resident & lover of Las Vegas since 2010, Niki was an original cast member of “We Will Rock You,” the Queen musical at Paris Las Vegas, and a soloist with the Las Vegas Philharmonic.

Inspired and driven by the incredible vocals and stage presence of Dame Shirley Bassey, Niki joined forces with long-time friend, colleague and musical director Keith Thompson to create “Bassey & Me.” A one woman theatrical cabaret featuring the music of Dame Shirley and an eight-piece band conducted by Thompson debuted in 2017 at The Smith Center’s intimate Myron’s Cabaret Jazz in Las Vegas. For more information about Niki, visit www.NikiScalera.com 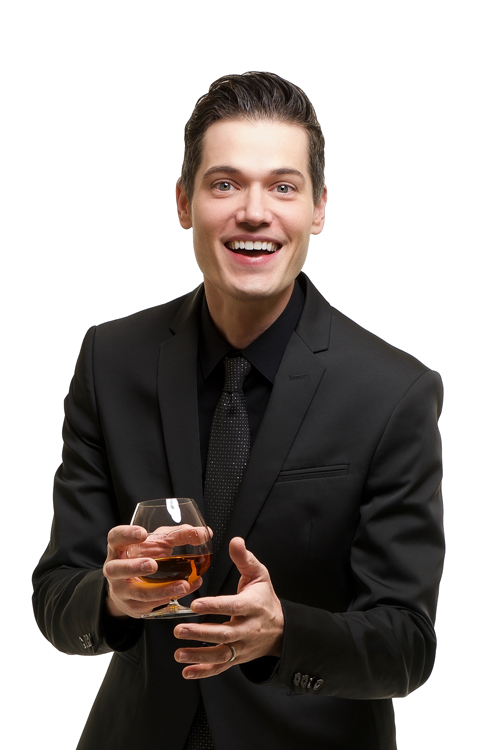 Ron Remke recently completed a 2 year run in “BAZ-Star Crossed Love” at the Palazzo and he was also in the closing cast of “Donn Arden’s Jubilee!” at Bally’s, Las Vegas. He is a frequent soloist with symphonies throughout North America including; The Cleveland Orchestra, Indianapolis Symphony Orchestra, Naples Philharmonic, National Arts Centre Orchestra, Baltimore Symphony, Oklahoma City Philharmonic, Vancouver Symphony Orchestra, Fort Worth Symphony among others. He has appeared in numerous regional productions and toured the USA with “Kiss Me, Kate”. He has a BFA in Musical Theater from Penn State and his debut CD is entitled Broadway Classics and available on iTunes. 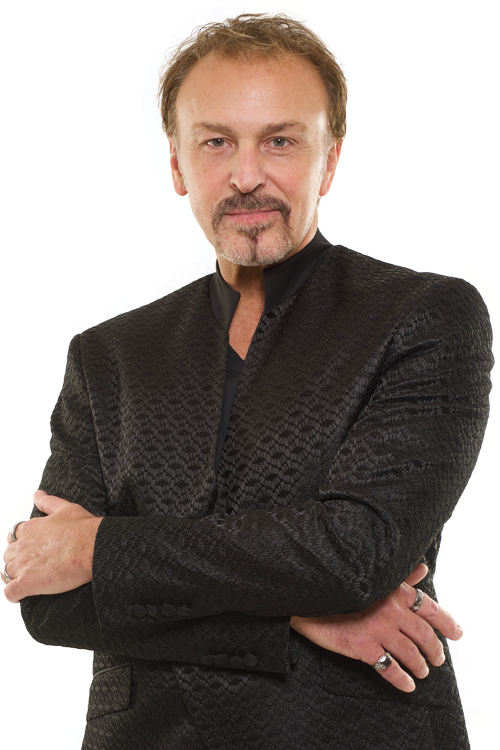 As a versatile artist whose styles encompass a wide range of musical genres, Philip Fortenberry is a performer with an equally expansive career. In September of 2017, He was featured as an exhibition pianist at the Festival Internacional de Piano in Mexico City. Philip was honored with the 2014 Encore! Award for Musical Excellence, presented by the Nevada School of the Arts. As the pianist and associate conductor for the Broadway musical, Rocky, he received the inaugural “Ghostlight Award” as Best Musician on Broadway. Philip was featured as the piano double for Emmy and Golden Globe winner Michael Douglas’ portrayal of Liberace in the HBO Films biopic, Behind the Candelabra. He is currently the musical coordinator for the Broadway series at the Smith Center for the Performing Arts in Las Vegas.

A native of Columbia, Mississippi, Philip began playing the piano at the age of four and by seven was the accompanist for his church. Philip performed his first solo concert when he was twelve while continuing his work as a church pianist and organist throughout high school and college until he left the south and moved to New York City. Philip continued private piano studies at The Juilliard School. He holds a Master of Music degree in classical piano performance from New Jersey City University and continues his musical training at the University of Nevada, Las Vegas. He was adjunct faculty at the Steinhardt School of Education at New York University and received the 2004 Distinguished Service Award from William Carey University in Hattiesburg, Mississippi

Early in his career in New York, Philip became the musical director and on-stage pianist for the long-running off-Broadway satirical revue, Forbidden Broadway. He was also the musical supervisor for the West End version of the show in London. Philip has played for ten Broadway productions and eight national tours including such shows as Cats, Jesus Christ Superstar, Saturday Night Fever, Ragtime, Seussical–The Musical, Sideshow, and The Lion King. Philip toured the U.S. and Canada in concert performances of The Music of Andrew Lloyd Webber, and he was a frequent guest with Lincoln Center’s “Meet the Artists” series.

Philip made his Carnegie Hall debut as the pianist/conductor for legendary entertainer, Eartha Kitt, and later returned to Carnegie Hall in concert with The Three Irish Tenors. He performed with singer Charlotte Church at Lincoln Center’s Avery Fisher Hall and accompanied internationally renowned mezzo-soprano Frederica Von Stade at the Oregon Bach Festival, the White House, and the Economic Summit of Industrialized Nations for President George H. W. Bush. Philip performed for the 40th Anniversary Celebration of the United Nations, and was privileged to accompany singer Laurie Beechman at the 70th birthday gala for Lady Margaret Thatcher in Washington, D.C. By joint commission from the Eudora Welty and William Faulkner Societies, Philip, along with actress Brenda Currin and director David Kaplan, created and performed a theatrical fantasia entitled June Recital, based on the works of acclaimed Mississippi author, Eudora Welty, and which incorporated Beethoven’s Emperor piano concerto.

Currently a resident of Las Vegas, Philip was the associate conductor for Jersey Boys at the Palazzo and Paris Las Vegas, Hairspray at the Luxor Theater, Mamma Mia! at Mandalay Bay, the North American premiere of the rock music extravaganza, We Will Rock You, at Paris Las Vegas Philip was the featured artist-in residence at the Liberace Museum where he performed his one-man show, Liberace and Me. Philip’s critically acclaimed solo cabaret concerts, The Man at the Piano and The Hands of Liberace continue to play to sold-out houses at Cabaret Jazz at the Smith Center for the Performing Arts as well as prestigious concert venues nationwide.

Philip is represented for concert management by KMP Artists (www.kmpartists.com).

Sign up to receive special discounts and private event invites.